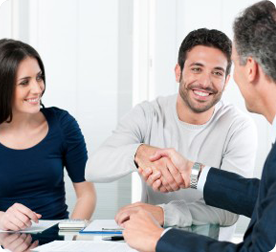 Asbestos is a naturally occurring mineral which was previously used in electrical insulation and building insulation. Researchers have suspected its toxicity since the beginning of the 20th Century, yet the production of products containing asbestos continued in the United Kingdom for the majority of that century. It was still legal to reuse products containing white asbestos until as late as 1999. Doctors are now aware that asbestos poses a serious health risk to humans and that it has helped to contribute to the deaths of thousands of people in the UK. If you believe that your health may have been affected due to coming into contact with asbestos, then you may be eligible to make a claim for compensation.

What health-complaints are associated with asbestos?

Asbestos is now known to be responsible for a serious form of cancer known as Mesothelioma, which can affect different organs in the body, but will most commonly affects the lungs. Patients’ with Mesothelioma have a low survival rate and it greatly reduces the quality of life for all sufferers. Other common illnesses which are caused by asbestos are asbestosis (an inflammation of the lungs) and other forms of lung cancer. If you are suffering from any of these conditions and have previously been in contact with asbestos, then you may be eligible to make a claim for compensation.

Where is asbestos found and who is affected by it?

During the 19th and 20th century, asbestos was used as an insulating material in homes and buildings around the country. Whilst asbestos is safer when it is unbroken, it can become a serious health threat once it begins to degrade or if it is damaged in another way. It is commonly found in garages, schools, hospitals, leisure complexes, offices and warehouses. More and more workers are developing asbestos-related illnesses because of the amount of time that they have inadvertently spent in environments which are contaminated with asbestos. Other people who have inadvertently come into contact with asbestos include families who lived near to asbestos processing facilities whilst they were still in operation. Asbestos fibres entering the atmosphere around these factories have caused serious consequences for many local inhabitants.

Many of the people who are most seriously affected by these illnesses are those who formerly worked with asbestos on a daily basis. This list includes people who were construction workers, carpenters, electricians, roofers and insulation engineers. In fact, it is estimated that approximately 1 in 17 people who were employed as carpenters during the 1960s died or will end up dying from asbestos-related illnesses. Precedent has also shown that a number of people have become ill due to the fact that they took responsibility for washing the clothes of a workman who had come into contact with asbestos. This simple act allowed many people to inadvertently come into contact with asbestos fibres.

If you decide that you want to make a claim for asbestos-related compensation, then you must bring the claim within 3 years of first being told that you had an asbestos related illness. In the event that your illness or injury is still relatively minor, it is possible to reserve the opportunity to get more damages in later years if the disease develops into something more significant. In order to proceed with an asbestos-related claim, it is advised that you get in contact with a legal professional who has prior experience of asbestos claims.

In order to make a claim for an asbestos-related illness, you will need to obtain a medical report which proves that you are suffering from one of the aforementioned illnesses. Many solicitors will be able to help you to get a proper medical assessment. You will also need to produce some form of evidence which links your asbestos exposure to a particular source. In some cases, this can include records of employment. You will also have to be able to show that your employer or the source of the exposure has not done enough or did not do enough to protect you from the dangers of asbestos. Your solicitor will help you to put a case together and can help you to find the information which is required to prove that you were put at unnecessary risk.